Conquer your enemies in this spectacular RPG 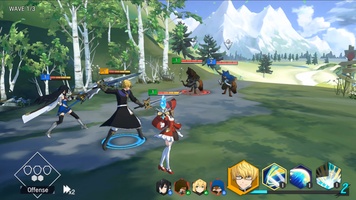 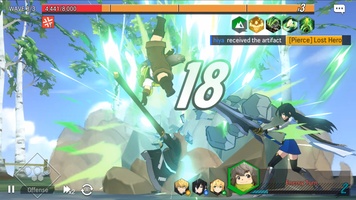 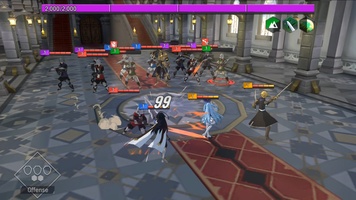 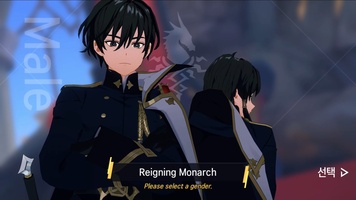 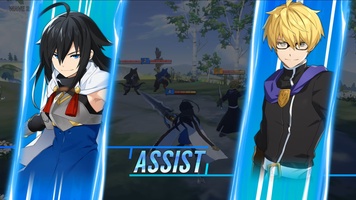 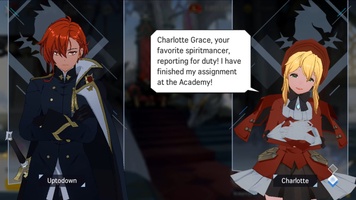 Advertisement
Lord of Heroes is a role-playing game that turns you into the monarch of a kingdom in danger due to the conspiracies of his allies. Your duty is to get rid of all threats using the best possible team of heroes. We're talking about a spectacular RPG with a story full of intrigue and memorable characters.

In this role-playing game, instead of having to save the world from evil enemies (as always), you have to make your kingdom a better place. Although you don't control the monarch directly, you're in charge of choosing the line up of the combats, the heroes that fight in the battles and their upgrades: level up, equipment, special skills, etc.

During the battles of Lord of Heroes, you'll take turns facing hordes of enemies. When it's one of your characters' turn, you can choose the opponent that you want to attack, as well as your hero's special skills. It's also important to keep in mind that during these battles, you'll see a special bar that increases as you attack or receive an attack. The bar then lets you use each character's final attacks. In other words, if the bar gets high enough, you can use different heroes to unleash real final blows as combos.

Lord of Heroes is one of the best classic RPGs for smartphones. Not only does it offer a supreme technical level, with special mention to its graphics and animations, but it tells a story that somewhat strays away from what's usually seen in the genre. It's also worth mentioning that unlike most games in the genre, this spectacular role-playing doesn't include a system to get characters: you recruit them as you advance in the story.
Reviewed by Nelson de Benito

Similar to Lord of Heroes

Genshin Impact
An open-world RPG with spectacular graphics
One Piece: Fighting Path
A unique adventure in the One Piece world
Brawl Stars
3-on-3 battles from the creators of Clash Royale and Clash of Clans
League of Legends: Wild Rift
The MOBA king deploys its arsenal on Android
Angry Birds Epic
Join the Angry Birds on their most epic adventure
LifeAfter (Global)
Cling to life in a hostile world

Fashion Empire
Manage luxury fashion boutiques in this game!
Blockman GO-Adventures
Travel and have fun in all the worlds offered by this application

My house fun for kids
Truckers of Europe 3
Dancing Road
Slide the colorful ball down a path full of obstacles
Another Life
Dice - Merge Puzzle
Cute Pocket Puppy 3D - Part 2
Are you prepared to take care of this virtual puppy?
Little Panda's Insect World
Rubik Cube
Learn how to solve the Rubik's Cube and create your own designs